Pictures and Words and Recovery

When I meet with a student suffering from a performance-related injury, the first steps include introductions and history. When taking down the student's history, I am hoping to hear about visits to medical professionals. I have many skills that can help recovering musicians, but diagnosis is not one of them.

My most recent new student had been in pain over a period of two years and had seen various specialists. Good. I took down her diagnosis and then asked her one of my standard questions, "Did anyone show you a picture of that part of your body?" Standard answer, "No." Not good.

For whatever reason, most injured musicians are not shown a visual or tactile model of their injured areas. It is true that some people are squeamish about views of body parts, but many are not. Medical people can always ask before showing an image to a patient. People whose careers hinge on healthy movement patterns are probably extremely motivated to heal, even if they are somewhat uncomfortable with anatomy. Seeing what is going on in their anatomy may be an important piece of that healing.

Why? Because the brain has areas devoted to physical structures. These areas are called "body maps." They are created from our sense of the size, structure, and function of body parts, and we move according to these maps. An inaccurate map leads to inaccurate movement, which often leads to limitations in performance and potentially to career-threatening injury.

There are many ways that musicians create confusions about their body maps, and these errors are known as "mismaps." One of the most common ways is through teaching that creates faulty body images, often through unhelpful language linked to metaphorical descriptions of movement. One of the easiest ways to correct mismaps is by studying accurate anatomical images. 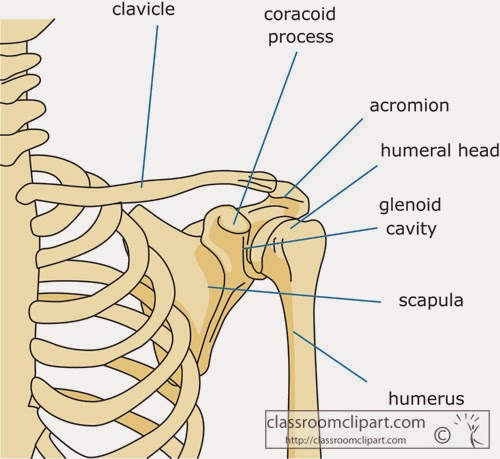 For more information on texts related to Body Mapping, visit www.bodymap.org.
Posted by Kay S. Hooper at 2:16 PM No comments:

When my daughter was growing up, her great aunt would send her beautiful Advent calendars every December. They were adorned with sparkling scenes interrupted by 25 little numbered doors to be opened between December first and twenty-fifth. Sometimes there were small chocolates behind the doors. It was a charming way to keep track of the days remaining until Christmas.

This year I decided to replace this tradition with a musical Advent calendar. Each day of December, I searched YouTube for an unusual seasonal tune or a well-worn tune played in a distinctive style. It was quite a revelation, opening many doors to performances I had never heard.

There were several that stood out to me, either for musical reasons or for the emotional tug of the performance.  Let's take Irving Berlin's "White Christmas". The Bing Crosby recording of this song is the best selling single recording of all time. It is a seasonal song, not a religious carol, and it captures beautifully the romanticized feeling of snow and good cheer that springs from our collective imagination. Bing's smooth-as-silk voice is the one most of us hear in our heads when we think of the tune.

I challenged Google to find this piece on ukelele, and Google did not disappoint. It led me to a charming young Hawaiian playing and singing with a light and easy voice while the chords for the ukelele scrolled along the left hand side of the screen. It was simple and sincere and an act of encouragement for students of the uke. Palm trees swayed in the background, reminding me of the juxtapositon of a winter song with a tropical climate.

Another favorite was the carol "The First Noel." In truth, this is not my favorite carol, partly because it is so repetitive and partly because it ends on "mi" rather than "do." But I could not quibble with the beautiful video I found of a professional electric bass player giving this carol an emotionally rich rendering. It was profoundly moving, and nothing like any electric bass playing I had ever heard. I had no idea that the electric bass could do more than support rock music and boom out of car windows.

I found the most haunting video by searching recorder Christmas music. As I expected, there were many recorder ensembles playing arrangements of old carols, but that wasn't what I chose. Instead, I chose a video of a street performer keeping warm with his knit cap and fingerless gloves. He sat on the sidewalk and hunched against a building while passers-by dropped money in his tip can. He seemed oblivious, caught up in the wonder of making embellishments of familiar melodies on an uncomplicated instrument. It touched me in the way that Christina Rosetti's words do: "What can I give Him/ Poor as I am......But what I have I give Him/ Give my heart." Or, in the words of Joni Mitchell, he was "playing real good for free."

In fact, all of these players were doing just that, playing real good for free. There are thousands of free performances on YouTube by performers who have the strong desire to share their love of music with the world. Some of them are polished and produced in professional studios,  like the electric bass player's performance. Some of them are sweet and generous, like the ukelele player's lesson on "White Christmas". Some of them are deeply personal and heartfelt, and they provoke unanswered questions, like the street performer's recorder playing.

As you move into the year 2015, open the least likely YouTube recordings of your favorite Beethoven or Brahms or Clementi. Be willing to listen to a young student, a well-respected professional, and a full-hearted amateur. You may be surprised at what sounds real good for free.