There is another phrase that comes out of the Alexander Technique glossary: non-doing. For most modern day Americans, non-doing sounds impossible. Doing is our primary function, and it often leads to over-doing. We are proud of how much doing we can cram into a day, and we boldly exhort it on social media. Even if we choose the quieting of meditation, we "do" that with special clothing, cushions, pillows, candles, music - whatever it is that reminds us we are doing something about doing nothing.

Teaching is about training someone to "do" something, after all, something they wouldn't be able to accomplish without guidance and perseverance and the occasional push from the teacher. And this is all well and good. However, when the doing feels like hard work, it is. When it feels easy and effortless, it is the outcome of the balance between well-directed movement and the natural process of inhibition as explained in Won't Power: Part I. The understanding that the brain will shut down unnecessary movements in favor of well-coordinated movement helps us to focus on the whole body coordination rather than concentrating on one element of movement. This is what F.M. Alexander referred to as non-doing.

How best can we instill this kind of ease in our students playing? Some suggestions: 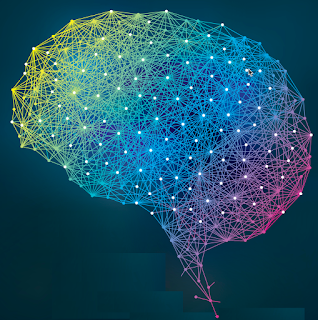 1. Teach them how their bodies work in the simplest language possible. If they understand their own structures, they are more likely to move in accordance with them. There are lots of helpful resources at www. bodymap.org., and there are many good anatomy resources on line. Do your best to distill instructions rather than overwhelm the student with too many directions.

2. Choose appropriate literature rather than pushing them through upper levels before they are ready. When the music is too difficult, there will be more likelihood of interfering neuromuscular patterns that want to take over. As one of my teachers once said, the mind wants to do what the muscles are not ready to do.

3.  Use vocabulary that encourages ease and clarity of intention. Yes, I've said this before in different ways, but it is an ongoing project for me. If I were to identify the one aspect of my teaching that has changed the most over the years, it would be my use of words. And, yes, I still slip up from time to time and use phrases that promote more pressure than freedom, but far less often than before.

4. Check in with them and ask them if they are comfortable. Be aware that some students, especially teens, are comfortable in ways that are not necessarily mechanically advantageous, which creates an opportunity for teaching about balance on the bench.

5. Remember that one of the major interferences with free movement is the state of a performer's emotions. An anxious or fearful state of mind creates physical tension that is hard to override, regardless of how well-informed the performer is about movement. While we can't control how our students react in performance, we can do our best to create a positive environment for learning.

6. Guide the student toward the expression of the music. Some students get so involved with the technical aspects that they forget to communicate the message, while others naturally know how to get the message across. We are always balancing those two aspects of performance.

My dad tried a variety of diets before deciding that what he really needed was won't power. Will power was over-rated when it came to food, he determined. What was missing was won't power, the power to refuse unhealthy foods. Alexander Technique teachers define inhibition as "the refusal to react to a stimulus in an habitual way." Short cut that to won't power.

The word inhibition, like so many English words, has a number of possible definitions depending on the context in which it appears. Here's one from the online Oxford Dictionary: "a feeling that makes one self-conscious and unable to act in a relaxed and natural way." And here's another from the online Cambridge Dictionary:"the act of stopping or slowing down a process, or the fact of this happening."

On a physiological level, inhibition is defined as "the restraint, checking, or arrest of the action of an organ or cell or the reduction of a physiological activity by antagonistic stimulation." Thanks to Mosby's Medical Dictionary for this thought-provoking explanation. Or, no thanks, depending on whether or not this makes sense to you.

What is fascinating to me about how we decide to react in any given situation is how much of the brain is actually devoted to won't power. At any given moment, there are many options for response to a stimulus that are available. Take my dad staring at the Klondike bars in the freezer for starters. Things he could have done include: 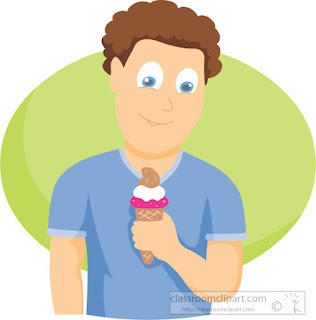 I know what you are thinking - where's the won't power in all of these options? He is still eating the Klondike bar! Correct, he is. That was his goal all along. The won't power came into play as he decided which motor plan to enact to achieve that goal. Once he decided on a location for eating, the other motor plans had to be scuttled.

This is what the Mosby definition of inhibition explains. When a person decides on a motor plan, the brain gets very busy not only directing the muscles required to put the plan into action, but also quieting competing patterns. This is the essence of antagonistic stimulation, a natural process of the neuromuscular response to a stimulus.

F.M. Alexander (1869-1955) discovered how to help people obtain natural co-ordination through a process that has helped countless people move with greater ease. He wrote about "getting out of one's way," which meant moving toward a goal with clarity and the freedom that excellent co-ordination allows. In other words, he advocated avoiding conflicting motor plans that would interfere with the natural process of energizing and inhibiting the structures of movement. Because so many options to reach a goal are always available, the brain is busier enacting won't power than will power.

How do we use this knowledge in teaching and performing? Get the scoop in Won't Power: Part 2.