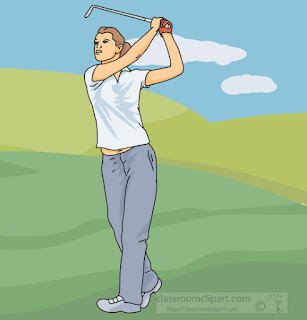 An adult student told me about his experience with beginner's luck on the golf course. After some work with the golf pro, he did his best to establish the stance and swing required to send the ball across the fairway. And send it he did! Even the golf pro was impressed. Beginner's luck?

We chatted about this experience, and he revealed that he had low expectations. Low expectations. He had never hit a golf ball on an 18-hole course before, so he did not predict success. And his lack of expectations opened him up to any likelihood.

I once read a book called The Art of One-upmanship, by Stephen Potter. In this book, he describes how to defeat an opponent on the golf course, a game, I've been told, that relies on a lot of psychology. After said opponent has a particularly successful drive or putt, praise that opponent to the hilt. Just heap it on. Then come in for the kill: "How did you do that?" 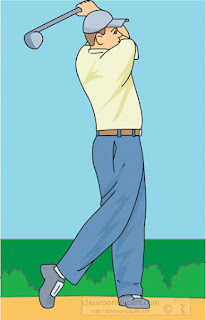 The premise is that the opponent will go into a mental spiral trying to define exactly what it was that created the perfect stroke and how to do the same thing later on in the game. The expectations have been raised by the praise, and the poor opponent wants to repeat the action. High expectations.

It's not a bad thing to have high expectations, nor is it bad to understand how particular movements lead to success. After all, that is the purpose of Body Mapping. But what happens when other options get eliminated in an effort to reach those expectations? Mental and physical tension, perhaps? Those two go hand-in-hand.

Plus any attempt to recreate what we just did is not likely to be successful. The mind goes out of the moment, and no two moments are identical. We practice to learn movements and focus that we can trust in performance, not to play exactly like we did yesterday or the day before or even 10 minutes ago.

The challenge is to find the sweet spot for expectations, the one built on practice that builds trust without cramping awareness of the moment. A "Goldilocks" serving of expectations. Maybe that will feel like luck, but it's based on practicing that brings you into the moment. And being skillful at accepting praise.